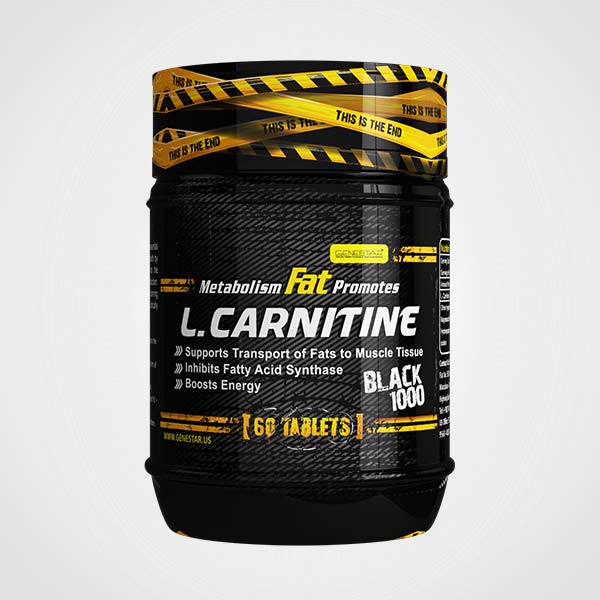 Posted at 10:30h in blog by genestar 0 Comments
0 Likes
Share

L-carnitine is a natural protein found in meat and dairy products. It is also produced in body by combination of two aminos; lysine and methionine.
Carnitine, Because of it’s important role in metabolism and
production of energy by transporting fatty acids into our cells’ mitochondria, plays a crucial and necessary role in body. The mitochondria act as engines within our cells, burning these fats to create energy. Although L-Carnitine and D-Carnitine have a same chemical formula, D-Carnitine is an inactive form that can cause a carnitine deficiency in body while L-Carnitine is an active form of Carnitine and is essential for metabolism.

Benefits
As it mentioned above,
L-Carnitine has an important role in metabolism and
production of energy by transporting fatty acids into cells’ mitochondria. In other words L-Carnitine helps fat burning as well as weight loss. L-Carnitine can be used as supplement when people have deficiency or when they are in cut phase or even in high intensity exercise. L-Carnitine increases stamina in endurance exercises like long endurance running, swimming, climbing and cycling.
L-Carnitine is essential for vegetarians since they have deficiency due to the lack of meat protein.

Research has shown that people with heart failure and hyperthyroidisms have less symptoms with L-Carnitine consumption. L-Carnitine also increases sperm and sperm motility in men with sperm deficiency or impaired motility. It also help those who suffer from kidney failure with replacing protein.

The best sources of L-Carnitine are

Sorry, the comment form is closed at this time.